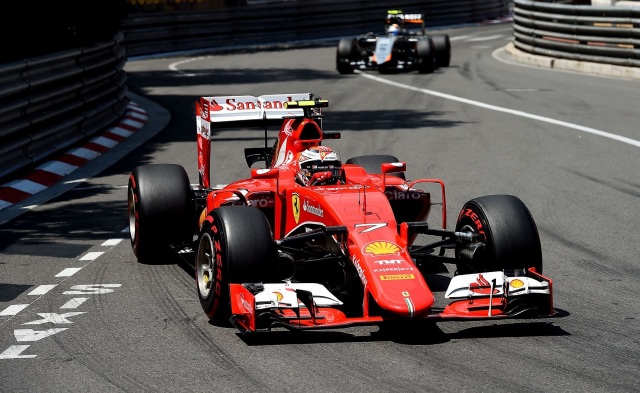 There has been countless words written and spoken about Kimis issues when it comes to heating up the tires to get the ultimate one lap pace from the car. Some say he is a bad qualifier. Some blame the current rules and regulations. And some blame the tires. I believe the answer is simple. Kimi is not a bad qualifier. He was doing pretty darn good up until the infamous 2008 season. What you may be able to call him is a driver that doesn’t adapt well. Is that a weakness, an Achilles heel? Sure. Every driver has one or more. Sadly,
Kimis weakness is very visible and tangible since it affects his qualifying performance.

I like to call him a finely tuned machine that is very sensitive to minute (as in small) changes. In the desperate attempts by the rulemakers of F1 to make F1 more viewable, they have over the years made a mockery and a mess of the rules. That goes for engine, aero and mostly tires. The end result is that they clip the wings of true naturals. Take Lewis Hamilton last year. He was outqualified by his teammate. Even though he is regarded as the best qualifier by many. Sebastian Vettel was outraced and outqualified by an inferior teammate. And Kimi struggled like a rookie with the car. Why? Because of regulations that remove the peaks of natural talent. Changes in aero that would fix the problem cannot be made due to restrictions. Some drivers thrive and some don’t. It is akin to a lottery and it doesn’t display true talent fairly. It muffles it. 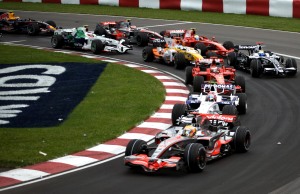 Is this season frustrating? Yes. A bit. But I will take this year over 2003, 2005 and 2008 any day. It is not like Kimi or his teammate is in the running for the championship anyway. 2015 is the Mercedes championship. If Ferrari had listened to Kimis demands in 2008 (as they do now), Kimi would have easily won the 08 championship while Massa and Hamilton competed in who could make the most mistakes and penalties. But poor starting positions killed that. But since they listen to Kimi now – why hasn’t it been fixed? Well, if they had the tires from 2008, it would have been. But the tricky Pirelli tires that are getting flak from many drivers are not an easy dance partner. What is more – they compounds change from race to race. Simply, it’s a mess. One tire manufacturer was supposed to be a good thing. But it isn’t. The way things are now, I would rather welcome another manufacturer and a tire war like we had before.

I didn’t start following F1 to watch an Eco race. For Gods sake. Save the tires, save the gearbox, save the engine, turn it down. Save the fuel, save the whales. It’s a joke to me. A travesty. I want to see drivers dancing on the edge of what is possible. Engines screaming at full song. I want to lose my breath when an F1 car goes by me as the sound pierces my entire body. I am sad to say this, but I am falling out of love with the sport. It has betrayed me and every fellow fan. It dances to the tune of political correctness like everything else these days. As it stands, I am not even sad if Kimi doesn’t drive next year. He and his fantastic talent has also been betrayed. He is amazing at saving tires due to his smooth style. But that is the exact thing that gives him trouble in qualifying. 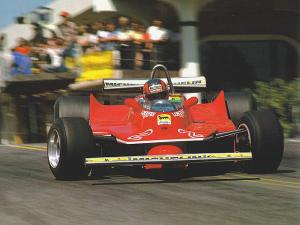 Kimi is a Formula 1 legend just like Gilles and Stirling. And he is a world champion as well. Something they never achieved. He is the last of a kind. Last boyscout, last of the Mohicans, last rebel standing. When he leaves, the last traces of rock n’ roll will also be gone from F1 forever. We will be left with a youtube generation of racers. Pathetically trying to look rebellious in a media groomed outfit. Kimi was right when he said he was born in the wrong era. Had he raced in the 70’s with fat tires and few restrictions, he would have massacred his competitors, crossed the finish line and banged a photomodel in his camper before the last car had crossed the line.

The Monaco race? There would have been nothing interesting for me to say if not for that final Safety Car shake-up following the Grosjean-Verstappen crash. Ok, one other thing: Ferrari did a fantastic job getting Kimi out ahead of Ricciardo in the stops. Helped along by Kimis purple sectors. 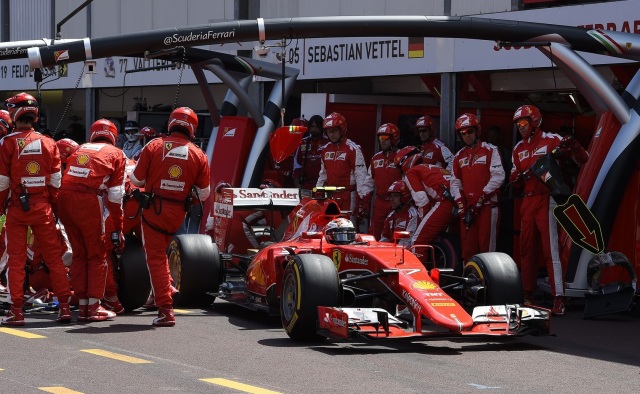 Two things about the crash. Grosjean said over the team radio that it was “stupid”. Be quiet Grosjean. You have lost the right to ever call a move stupid. Not only because of Spa 2012, but all your other bonehead moves. Also – Verstappen was not 100% to blame. If you look at the video, you see Grosjean making an all too late jerk to the right while braking very early. Another bonehead move from the French. He should have chosen either the outside or inside line from the start. You can’t just jerk-block in the last second in the braking zone. I give Grosjean 45% of the fault with that move. Still mostly Verstappens fault as you have to anticipate this kind of thing from your competitor. Perhaps especially Grosjean.

What about the Kimi-Ricciardo incident? Well, there must be some real idiot stewards present. One of them was a Swede so that probably explains a lot. But my fellow Dane, Tom Kristensen was the driver steward, so I should probably stay quiet. But if you
penalize Alonso for bumping into Hulkenberg – why on Gods green earth wasn’t Ricciardo penalized for EXACTLY the same move in the EXACT same corner!? Unbelievable. Is it because Kimi didn’t crash into the wall like Hulkenberg? Well, I guess Kimi must apologize for having the skills to avoid that.

Alright, that was my emotional side talking. Would I have said the same things if Kimi had made that move on someone? Probably not. But the thing is – he doesnt need to muscle his way through. As proven by his fantastic final laps in Monaco 2013. That is how you
overtake, you miserable grinning Aussie git.

Finally, the Mercedes blunder. Why they felt the need to pit Hamilton, I will never understand. It is not like he needed fresh rubber for those last few laps. But they gambled (or rather calculated wrong) that he would get out in front of Vettel and Rosberg and they lost monumentally. It is a great result for the championship. But I do feel sympathy for Hamilton. That must be horrible. Vettel is always there being happy and chirpy on the Mercedes drivers behalf. His comment to Brundle “I’m happy” was perfectly timed in a pretty gloomy interview session. It’s my kind of humor and something I probably would have done as well in a similar situation. Not to toot my own horn or anything. 😉 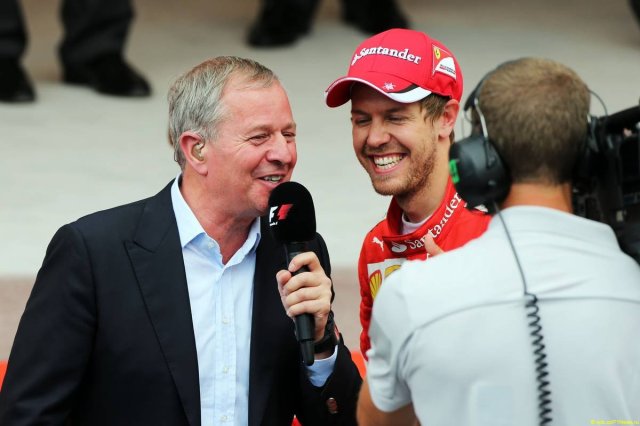 Next up is Canada. Usually that track produces great racing. All I want for Christmas is a front row starting position for Mr. Raikkonen. In the right conditions for the Ferrari, he would give those Mercs a run for the money during the race. As much as I hate the current state of affairs in F1 as previously mentioned, I will remain an optimist.

Images © Photo4, Moy, Columbo/XPB Images
Do not hesitate to contact me if you need any of these photos taken down for any reason.