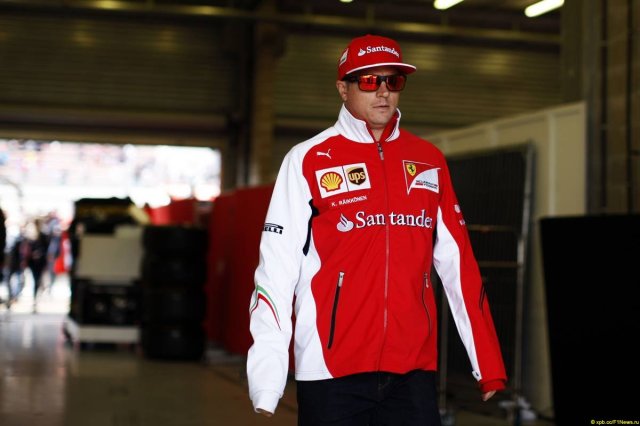 Sorry for being a bit late with my review of Spa. One of my harddisks decided to call it quits. And it had to be the one with the OS. Oh, well. It was about time I upgraded the old gal anyway. Spanking new OS, SSD disk, twice the RAM and its smooth sailing. Now I just need to make an image of the installation in case it happens again. I was too lazy for that before. Nothing beats learning the hard way.

Ok, back to racing. As always, any Kimi fan has high hopes for Kimi around the Belgian track. And with good reason. He has won it more times than any of his current colleagues. And he would have won it more times if it weren’t for the fact that Spa used to take a year off now and then in the beginning of his career. Alas, for this year he is in possession of the Shitbox Speciale. The aero sucks donkey-dong and the engine is asthmatic compared to the Mercedes. So a repeat of the sensational win in 2009 is off the cards. At least that car had the oomph it needed on the long straights due to the KERS. The F14T is kinda like the F60 – but without the KERS.

That being said, Spa is probably the track on the calendar where driver skill matters most. The fabulous sector 2 with turns like Rivage and Pouhon is what separates the men from the boys. And Kimi sure knows how to work his magic there given half a chance. Just get some goosebumps watching Kimi in this V10 powered attack of Spa. The glorious, but oh so fragile MP4-20:

By the way. Fuck V6 sounds.
Right. Qualifying was wet-dry and very tricky. Kimis maximum was probably around P5. But the lack of heat in the tyres and the mistakes that often follow suit, saw him secure 8th place on the grid. Rosberg once again snatched pole from Hamilton. That makes it 4 poles in a row for the German. The stage is set for another showdown. And you probably know who drew first blood.

Lights out and Hamilton jumps ahead of Nico and is first out of La Source. Making great use of his skill and knowledge of Spa, Kimi manages to pass the crazy Dane in the McLaren. If you looked closely at the TV pictures, you could see Magnussen do some wild defending after Kemmel into Les Combes. (Not the last time he would do this.) He brakes a tad too late which makes him vulnerable for attack and Kimi snatches his place. Rødgrød med fløde, tak! Vettel fails at his attempt to take the lead, also overshoots and goes back to 3rd place.

But Nico is not satisfied. He gets a good tow on Hamilton down the Kemmel straight on lap 2, but not nearly close enough to make any attempt of a pass. That didn’t deter him from trying though. A half-hearted attempt at going side by side into Les Combes results in chipping off a big part of his front wing. What is worse is that it immediately results in a puncture for the race leader. I can vividly imagine Hamilton shouting the foulest things inside his helmet as he has to limp all the way around the longest track on the calendar. Toto Wolff looked ready to howl at the moon as steam almost seemed to evade from his ears.

As the race goes on, we hear that Alonso will get his usual 5 second slap on the wrist. This time for the mechanics not having cleared the track within the allowed time. When the same happened for Kimi in Monaco in 2008, he was given a proper drive-through. A drive through where you can take the 5-second penalty together with a pitstop is not a penalty. But I digress.

Kimi now runs in 6th behind Bottas. And later behind Alonso as Bottas passes the Spaniard. He has no trouble keeping up and looks faster as well. But there is no getting by on the straight. So he does a surprisingly early stop on lap 8. It is a gamble. Because it requires him to make swift progress of the gaggle of cars he comes into from exiting the pit lane. And doing so without taking too much life out of the tires. This decision did put him slightly on the backfoot in the second half of the race. But it may still have been the best choice. So kudos to the Ferrari pit wall for doing something right for Kimi.

He made it out ahead of Rosberg who had a frontwing change on the same lap. He makes a sweet pass on Gutierrez before Blanchimont. Unfortunately missed by the cameras. The following lap he zooms by Sutil who has learned to keep out of the Icemans way when he sees him in his mirrors. Then he makes minced meat of Vergne and setting the fastest lap in the progress. Ah. No one hitting the Iceman. No idiotic team calls. A track that brings out the best in drivers and Kimi is suddenly running in 2nd place behind Ricciardo. More proof that if you just leave him alone and give him the proper tools, he will beat any teammate under normal circumstances. Just imagine him in a car that actually fits his driving style.

Ricciardo up front is pulling away from Kimi while Vettel behind him is losing ground. An unthinkable scenario when it comes to the Red Bulls just a year ago. Both Red Bulls are on the same tire as well. So Vettel not comfortable at all in the car this year.
Halfway through the race we get some further entertainment as we watch the battle between Danish dynamite and the Spanish firecracker. Kevin Magnussen does some brilliant defending. Pissing off Alonso to the point where he just can’t hold his hand on the wheel anymore. Oh, this does make me laugh 😀

Raikkonen did his final stop with half the race to go. The harder tire between 1 and 2 seconds slower makes it an immense challenge of keeping them alive for about 155 kilometres distance at race pace. He does a beautiful pass on the outside of Button into the final chicane. From there on in it was a question of maintaining pace while preserving tires and defending the position he had clawed his way into from 8th.

He ran as high as second before eventually being passed by Rosberg and finally Bottas on fresher tires. Still, 4th is a cracking result all things considered.
Alonso has another rendezvous with Magnussen towards the end of the race. His brilliant defending turns a little bit ugly down the Kemmel straight. He forces Alonso onto the grass at 300 kph+. “All da time you leave-a da space!” If not for that slightly crazy move he would have kept his position instead of a 20-second penalty. Other than that, he positioned his car perfectly.

The final 3 laps was probably the best of the entire race. Epic fight between Magnussen, Vettel, Alonso and Button. Positions shifting back and forth. Lovely stuff.
Ricciardo wins. Unbelievably it is his third win this year. Rosbergs 2nd place puts him 29 points ahead of Hamilton. And I think it is safe to say that the gloves are off between the two from now on.

Did Rosberg do it on purpose? I really don’t know. I can only guesstimate from looking at the onboard. I think he wanted to do something, anything, in a split second. Probably out of frustration over losing position. Perhaps it was race induced red mist. I think he did a slight adjustment of the wheel in the heat of the moment that was not fully thought through. So we get a deja vu of last years booing on the podium. Only it is a different German that is targeted this time around. Bottas on the podium again. He is a coming star for sure. But Ricciardo is also looking a whole lot better than I thought he was. 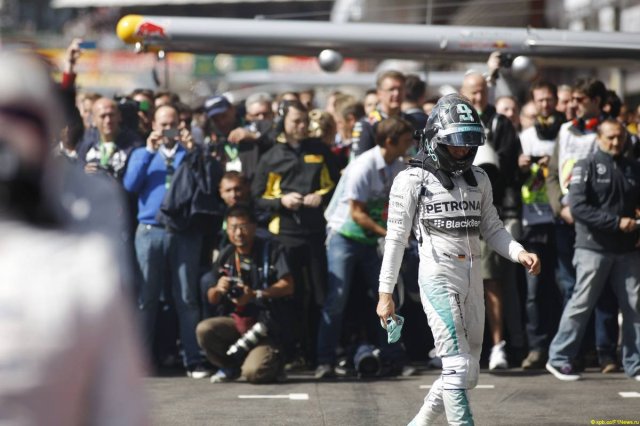 Kimi did an awesome job. But as he pragmatically stated: It was just because of his first clean race this season. Ever so modest. I have never seen and I never will experience Kimi big himself up. And we don’t need to either. We have Alonso and Hamilton to do that and that is more than enough.

I propose that we just hold 12 races at Spa next year. I don’t mind. The remaining 8 can be divided between Suzuka and Monaco. Places where it still takes balls. Kimis post race statement: http://www.formula1.com/news/headlines/2014/8/16261.html

All right. Monza is coming up. Don’t expect a review because I fear that Ferrari will be absolutely humiliated there. On the other hand it will be interesting to see which team clocks the highest top speed this year. It might even break some records.