WORDS FROM ROBERTSON AND HÄKKINEN ON “RADIOGATE” 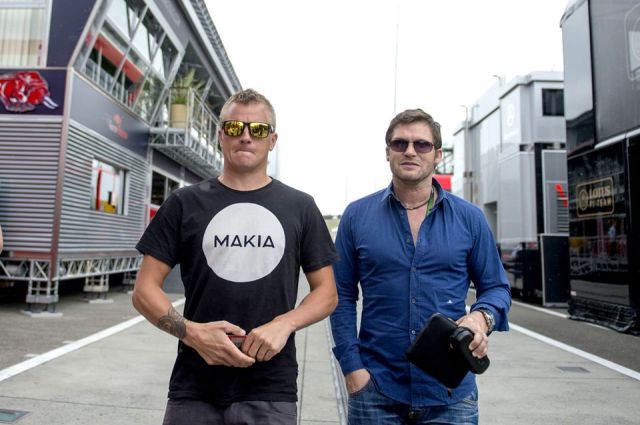 Just a couple of articles as a follow-up on the story I did yesterday on what I dubbed radiogate. I thought they were interesting. As I said yesterday – this stuff is not in the usual F1 channels. And we even have a statement from Kimi manager. Strange.

Thanks again to my anonymous translator. No, it’s not google translate, smartass.. Have you tried? It stinks at doing Finnish! Anyway, here they are. Enjoy.
P.S. I added a bit from Mika Salos latest blog as well.

Manager dumbstruck over the way Räikkönen was treated.

Steve Robertson sighed deeply on the phone on Tuesday. You could hear his sigh from Dubai to Turku when he was asked how he felt about Alan Permane’s public cursing on the team radio when the drivers battled for positions in the overtaking incident.

– I have never heard any person from any team management shout at Kimi like that, Robertson pondered.

– Grosjean squeezed Kimi the same way three weeks earlier in Korea. Of course his tyres were now worn out, but Kimi always tries to fight as long as his machinery allows him to do that, Robertson said.

Some reporter colleagues asked me after India if Räikkönen only drives for himself without listening to anyone. I asked his manager the same question.

– Just like all top drivers Kimi drives first and foremost for himself – otherwise none of them would win championships. But of course Kimi knows how to play for the team. If his teammate drives for the championship when he himself is out of it already, then he doesn’t make his WDC-battle difficult.

– Grosjean is not driving for the WDC, so in that situation he was just like any other competitor to Kimi who threathens his position, Robertson said to TS. 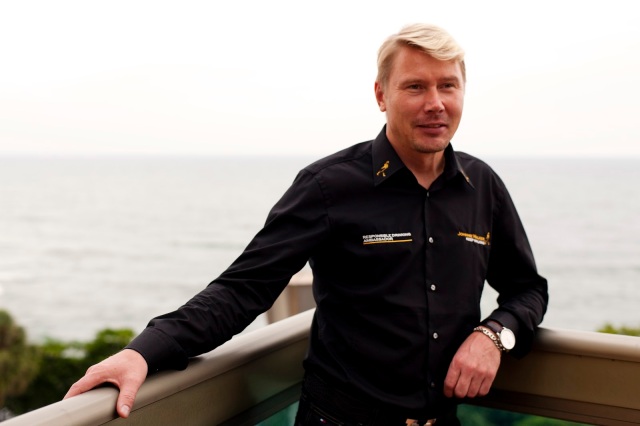 Häkkinen has a clear-cut opinion about Räikkönen’s driving – Did Kimi do the right thing?

– Lotus-team’s operation in India looked quite stupid. The incident where Romain Grosjean tried to overtake Kimi should have been handled better, writes Häkkinen.

Räikkönen didn’t let Grosjean by immediately since his tyres were pretty much worn out. After that there was a heated discussion containing swear words between Räikkönen and Alan Permane.

– I understand Kimi. If he had made room for Grosjean in the fast corner then his tyres would had been in an even worse condition. Kimi would’ve easily lost 3-4 seconds before getting back on his pace again.

– Kimi was thinking just like every experienced driver thinks. If he had let Grosjean by in the wrong place, then someone else could’ve also passed him – and Felipe Massa was very close.

– Why was the team’s language exceptionally harsh towards Kimi and why didn’t the team give him earlier information about how close Grosjean was? One could also ask why Grosjean had to go so greedily for the overtake that their tyres clashed, writes Häkkinen.

Edit: Just added a snippet from Mika Salos blogg as well, on the same subject:

I think it was pretty rude what Permane said to Kimi in the radio. The team should not act like that. It’s the driver whose emotions are running high in situations like that and the team has to remain calm. Räikkönen’s departure from the team is a big blow for Lotus. Both result- and PR-wise. It is already showing as emotional outbursts. Lotus is now trying to turn Grosjean into a race winner so that they can more easily explain to sponsors and team owners that they still have a good man in the team.

When a driver decides to leave a team the disagreements are usaully with the team’s management and nobody else. When I left Toyota I stayed in good relationships with the Toyota-engineers, but the relationship with a few managers broke immediately since they started to act in such a childish manner immediately after my decision.

Driver markets are still pretty much open in Lotus, Force India and Sauber. It also looks like Sergio’s seat in McLaren hasn’t yet been confirmed. The Lotus-seat is the most wanted one, but soon drivers will start to panic and make deals with other teams unless Lotus doesn’t start making contracts. If that happens then Lotus will be left crying without getting any good driver. We’ll see if Lotus needs money from the driver or if they can take someone who can, like Kimi, help raise the sponsors interest in the team. Of course there is no driver on the market who could even remotely fill Kimis boots.

1 Response to WORDS FROM ROBERTSON AND HÄKKINEN ON “RADIOGATE”